John Brady, President of TRG Associates, has been an Expert Witness to the security alarm industry for over twenty years serving in judicial and arbitration cases. 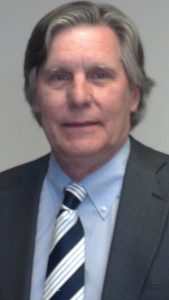 Regarded as an expert in his field, John has participated as an expert witness in cases representing security alarm companies as well as individual owners on issues related to holdback disputes, pricing and valuation issues, communication failure liabilities and security operating standards.

Below, please find a curriculum vitae and current resume for John Brady. Please call John directly at (860) 395-0548 with any questions or to discuss how he can be of service to you as an Expert Witness.

John began his career in 1975 with Deloitte, Haskin & Sells. John received his MBA from Babson College and BS in Economics from The Wharton School – University of Pennsylvania. In 1973, he became a Certified Public Accountant while marketing and implementing a computerized business forecast/planning package in Fortune 500 companies. In 1979, he joined AMAX, Inc. where he served on the operational audit staff in charge of reviewing all Pacific and Far East exploration offices. Later, John was named Controller for the Mt. Tolman Project, a joint venture mine development project between the Colville Indian Nation and AMAX.

In 1982, he joined a management team that completed an LBO of the Industrial Products Group of American Chain & Cable and subsequently served as Treasurer and Chief Financial Officer for Smith & Wesson and Setlowear. After joining SecurityLink in 1987, John oversaw the due diligence and assimilation of some 90 security companies into the Security Link entities in the Midwest, Southeast, and Northeast. He also worked closely with operating management to design and implement central station automation, voice and data communication systems, service tracking, and installation job costing systems.

John established The Resource Group, Inc. in 1991 and transferred the Security Group to TRG Associates, Inc. in 1994. Since its inception, TRG has assisted a wide range of companies, entrepreneurs, lenders, and investors in evaluating and assimilating acquisitions and with the placement of debt/equity within the electronic security industry. TRG has assisted companies in excess of over 300 due diligence’s, implementing ongoing operational improvements, completed a number of business valuation assessments on behalf of owners, equity holders and financial institutions throughout the United States.